Independence is the fifth largest city in the state of Missouri. It’s located just east of Kansas City, off Interstate 70 and Interstate 470. It’s a community still remembering its historical past and building upon it for future generations.

The school district features one of Kansas City’s premier swimming facilities at the Henley Aquatic Center.

Independence Mo. is steeped in history, and celebrates it often. The city’s most famous resident, President Harry Truman, loved the city so much he returned after his time in the White House.

The People’s President left a mark on his hometown. You can follow his journey as you walk through his neighborhood, visit The Truman Home, Harry S. Truman Presidential Library and Museum, and the building where Truman first worked. It’s now home to Clinton’s Soda Fountain. Yet another nod to the deep history in Independence.

The Historical Society runs the 1859 Jail and Marshal’s Home and Museum. The buildings date back to the Missouri-Kansas Border war and Great Depression.

Near Independence Square, you’ll also find the Bingham Waggoner Estate. The estate is well preserved with 90-percent of the original furniture, carpets, and paintings. Get a glimpse of 19th century Independence real estate.

The Chicago & Alton Depot is the only fully restored two story train depot in Missouri. It’s still furnished like it was in 1879.

Vaile Mansion was called “the most princely house and the most comfortable home in the entire west” in 1882. Located a mile from Independence Square, the Gothic structure stands out for its architecture. Colonel and Mrs. Harvey Vaile built the mansion in 1881.

While remembering its past, and celebrating it, the city of Independence also looks forward. With more than 150,000 cars passing the city each day on the major highways that pass alongside Independence, the city continues to develop new business opportunities.

The Little Blue Parkway is the latest development, with 38 miles of land open for development. It’s estimated that by 2020, an extra 20,000 people will come this area home and the office, retail, and industrial development will create 5,000 jobs.

The city has over 40 parks and trails. Whether you’re looking for a playground, spray ground, or biking trail you’ll find it at one of the parks. The Little Blue Trace Trail features 14 miles of biking through a nature preserve.

You can also escape city life at the George Owens Nature Park or Japanese Garden. 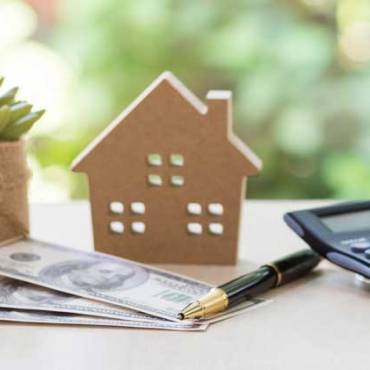 Find A Kansas City Lender For A Home Loan